ALGEHR is pleased to present handbell music performed by JuBELLation and Jubiloso, Bells of Concordia, in November 2020. Debbie Rice, Director of both choirs at the Concordia University of Edmonton, bent over backwards to accommodate three 3-octave ensembles while meeting the Covid-19 pandemic restrictions. Many thanks to Debbie Rice and Mike Malone for making the music and the videos possible.

Two German Folksongs, Fred A. Merrett
Fred Merrett wrote this music as a Bell Tribute to Joan Schaufele at the time of her diagnosis of multiple myeloma in 2006. The music, an arrangement of Evening Bells and O Silent Night, was performed at Discovery 2006 in Lethbridge. Sadly, Joan passed away in July 2020. The following is taken from Fiona Miller’s tribute to her friend in the August edition of The Peal: ‘Joan was a well-known handbell director in southern Alberta and a sought-after clinician. For many years she taught at the Glenmore Christian Academy in Calgary and purchased her own 3 octave set of bells so she could start a choir at GCA. She also took on the role of Director of Handbells at Calgary 1st Baptist Church. Her choirs were well known and made several exceptional recordings. She was a much loved and admired director of several choirs at the church but in particular Acclamation. After she moved to Lethbridge, Joan joined me as the co-director of the Chi-Rho Ringers. Joan was a very exacting director but as a ringer she whined just like everyone else that it was too fast, or too difficult or there were too many notes in her section. Joan served for a combination of 13 years on the ALGEHR Board.’

Wild and Precious Life, Dorothy Kelker
Dorothy is a winner of ALGEHR’s 2020 Fred Merrett Award for New Compositions. Her winning piece was to have been premiered at Discovery 2020 with a performance by a 5-octave choir.
Dorothy’s inspiration for the music come from Mary Oliver’s poem, The Summer Day: ‘Tell me, what is it you plan to do with your one wild and precious life?’ Dorothy writes: ‘After attending a Christmas concert which included several lively pieces, I was inspired to create my own exciting piece that was fun to play. "Wild and Precious Life" was the result. I hope you enjoy playing this piece as much as I enjoyed creating it!’

Serenade, Betty B. Radford
Betty is a winner of ALGEHR’s 2020 Fred Merrett Award for New Compositions. Her winning piece was to have been premiered at Discovery 2020.
Betty writes about her music: ‘I wanted to write a piece that was in ¾ time and in a minor key. There are few handbell pieces at a level 1 – 2 in ¾ time and/or in a minor key. I also wanted to create music where there was an opportunity to practise several handbell techniques. I had just finished the music for Exploring Handbells book 2 so this seemed like a good follow-up to that. Techniques in Serenade include mallet on the table, swings, shakes, echo, staccato (could be thumb damp), and TLD at the end. It also has a section where the bass has the melody and the music moves to a major key. There are lots of dynamic markings so much for ringers to attend to. I hope ringers enjoy this music.’

Cherished Memories, Betty B. Radford
Cherished Memories was commissioned by a group in Vancouver but because of the Covid-19 pandemic, was not premiered in April 2020 as originally planned.
Betty writes about the music: ‘Joanna Shepheard was a member of the Brockhouse Kerrisdale Handbell Ringers of Vancouver. She highly valued music and was devoted to her fellow ringers. The family of Joanna Shepheard and the Kerrisdale Ringers decided to commission a handbell piece at a 2+/3 level to honour her memory. They wanted music that reflected Joanna Shepheard’s personality. From the information I had, I believe she was a positive, upbeat, caring individual of strong character who contributed much to society. She grew up in England and came to Canada in the late 1950’s. She worked as a nurse, enjoyed travelling and volunteered for many causes. She provided leadership to the Kerrisdale ringers and handbell community for many years. Joanna Shepheard passed away in November 2018. I have endeavoured to reflect her characteristics in the music, Cherished Memories. 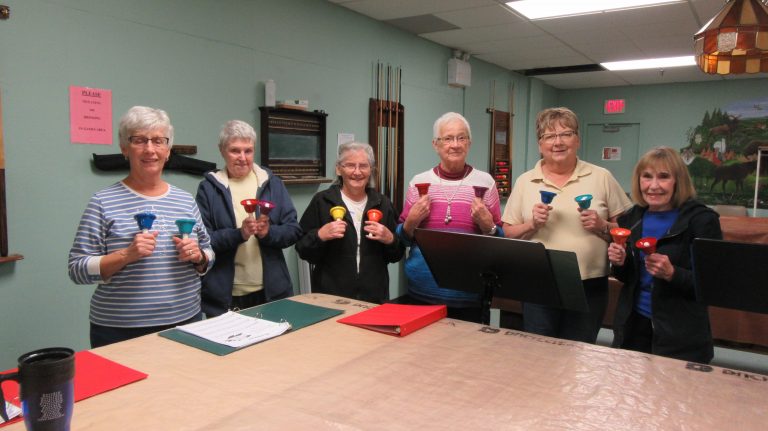 It weighs as much as I do! 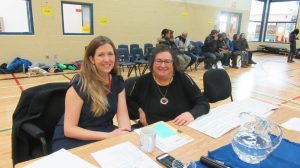 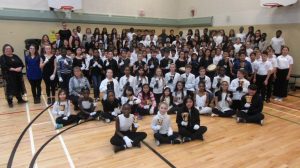 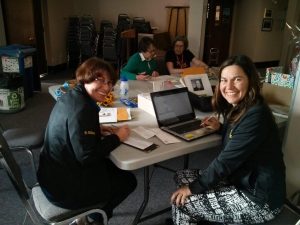 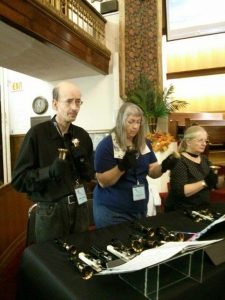 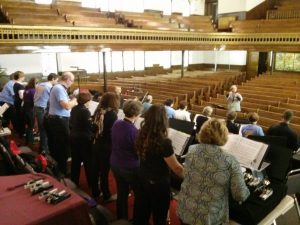 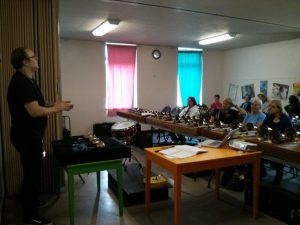 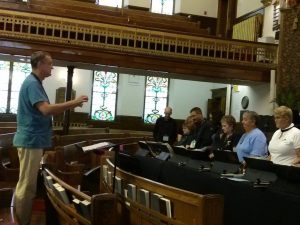 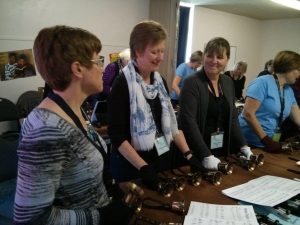 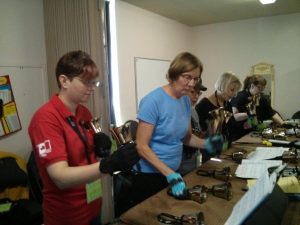 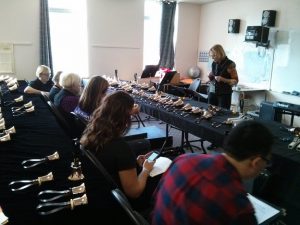 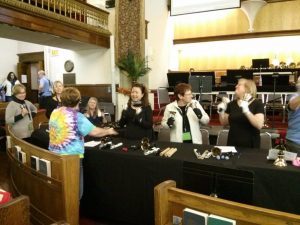 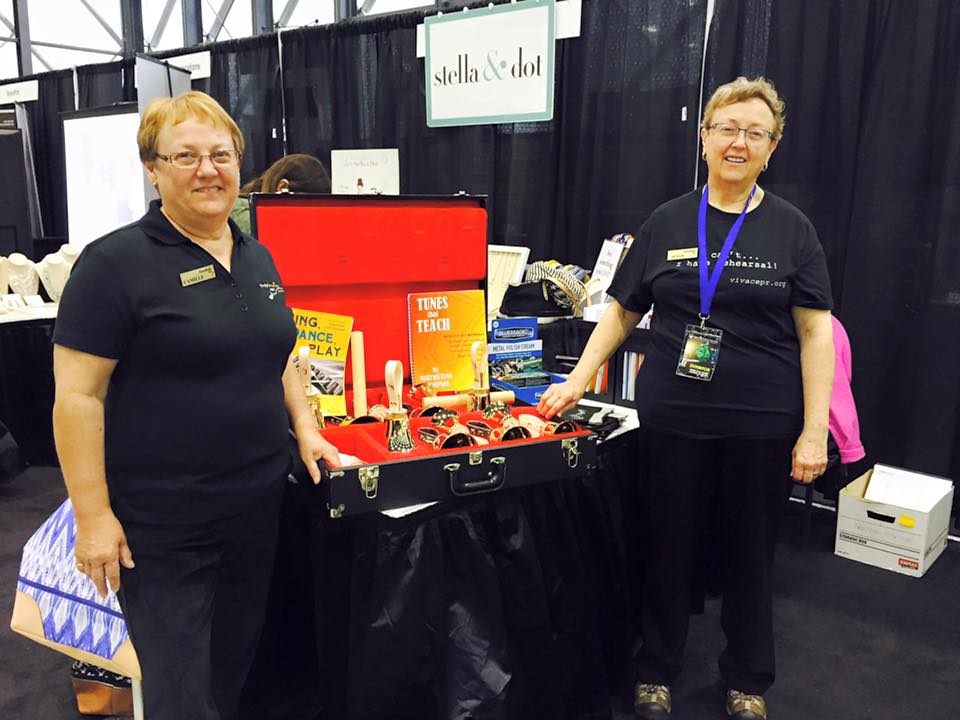 Camille Ream and Susan Galloway at their Handbells Etc booth 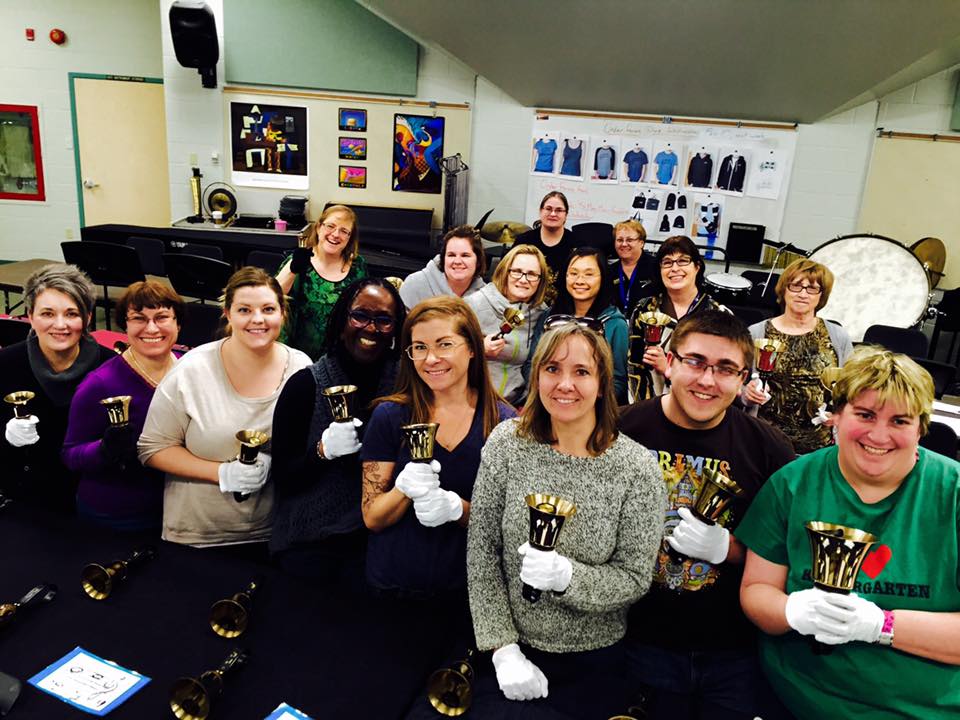 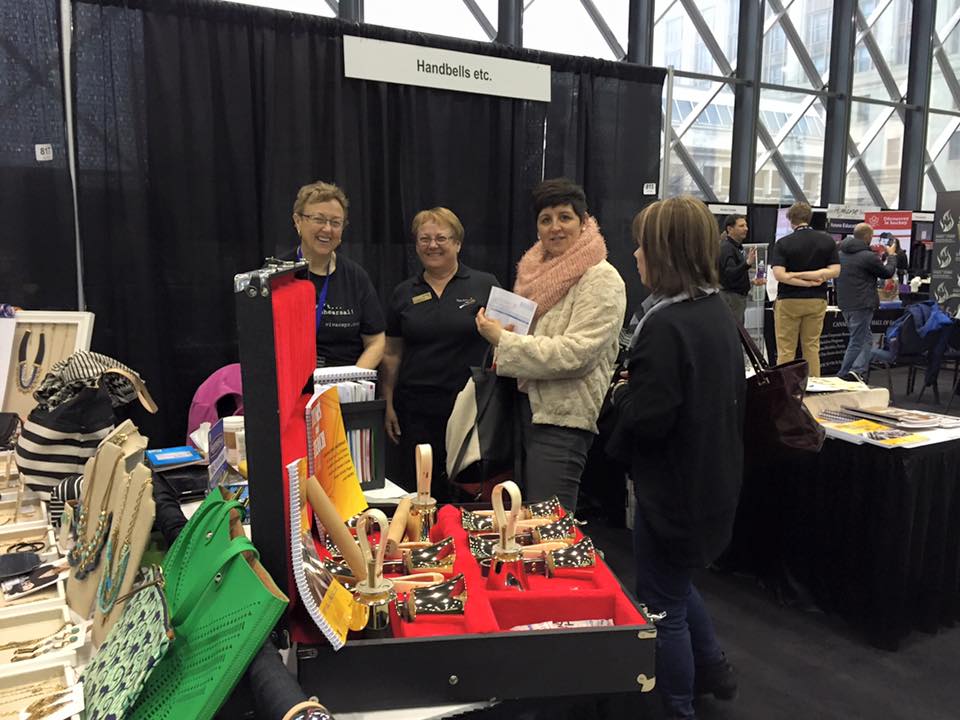 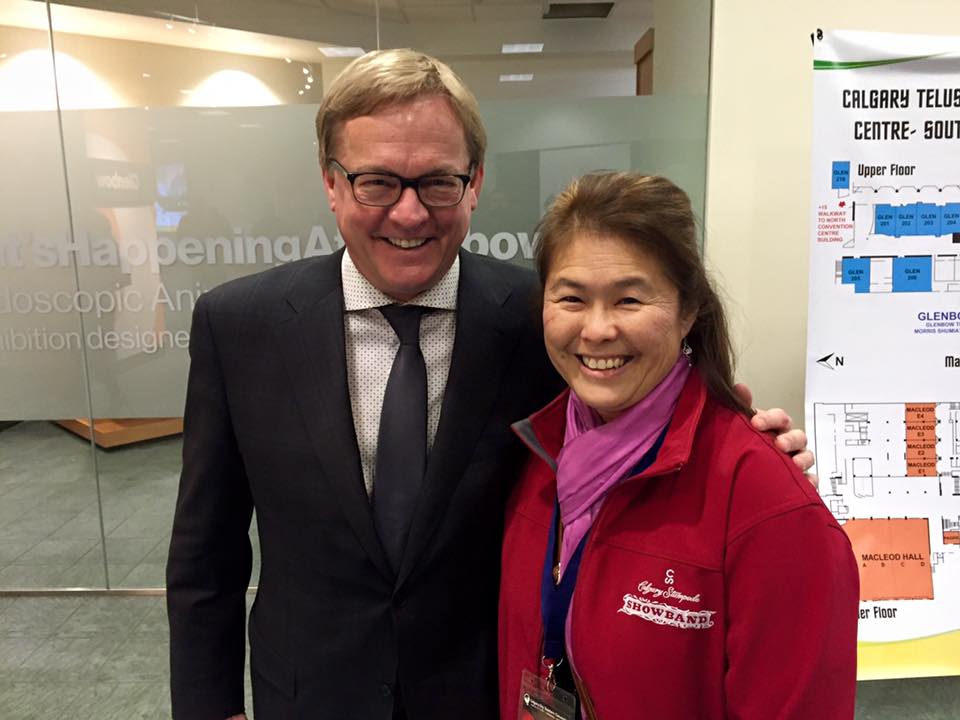 Even the Minister of Education was there!

Resort on the Mountain 2016 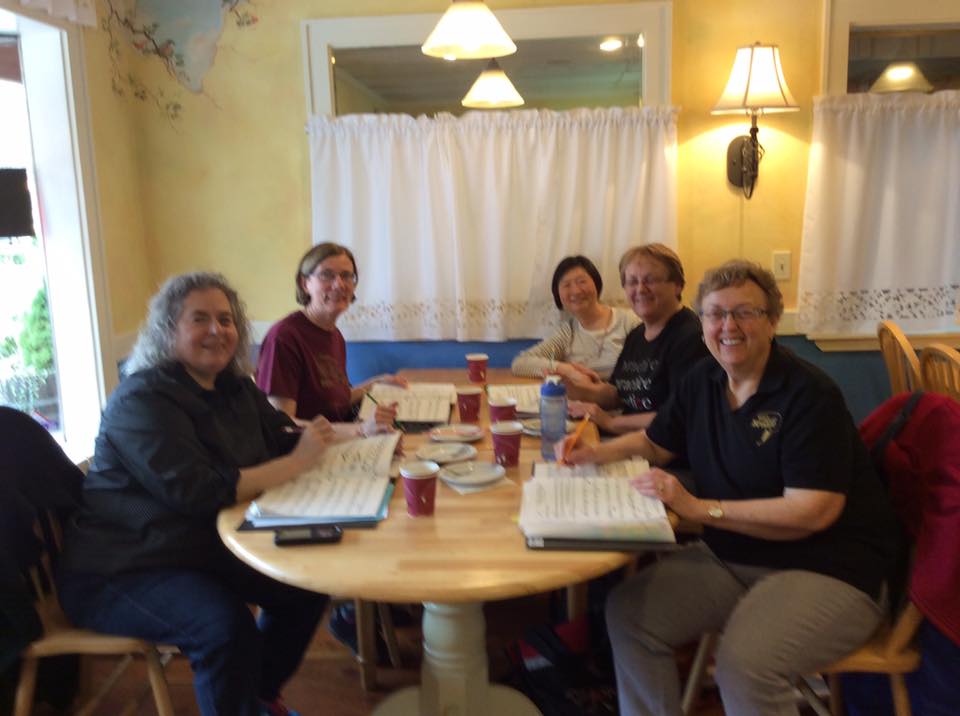 Studying music at a wonderful bakery 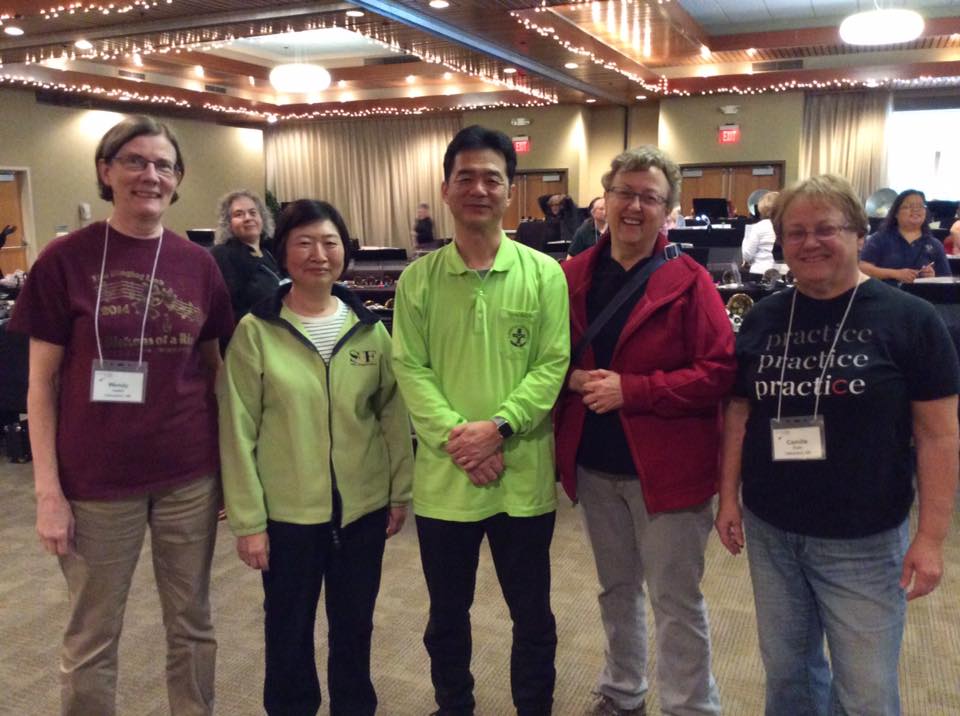 Mr Yoshida came over from Japan to direct the group. He was amazing! 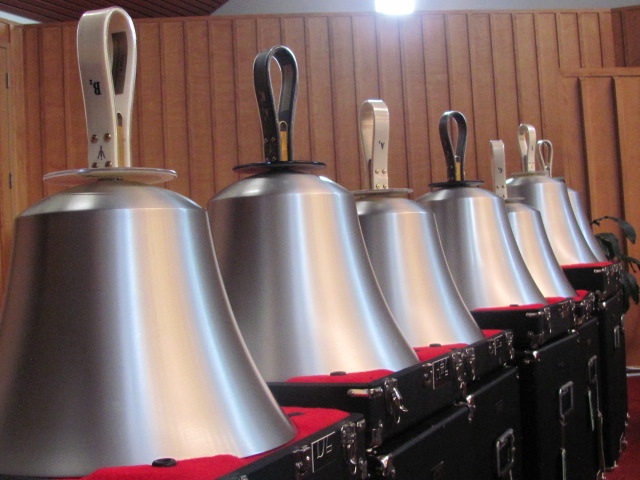 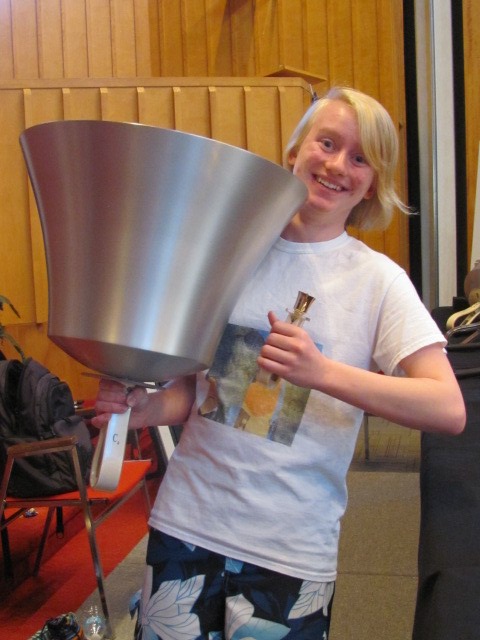 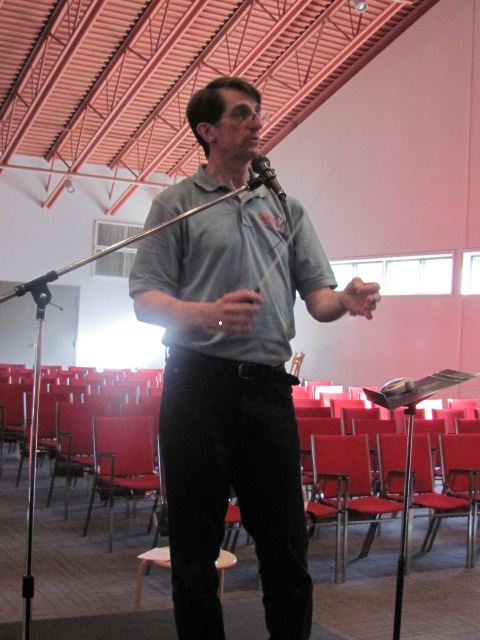 Blasts from the Past 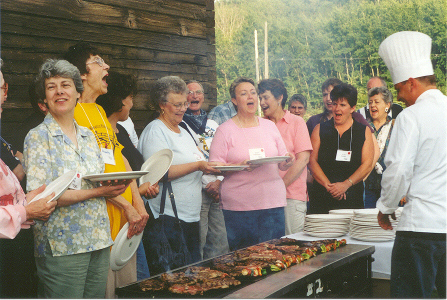 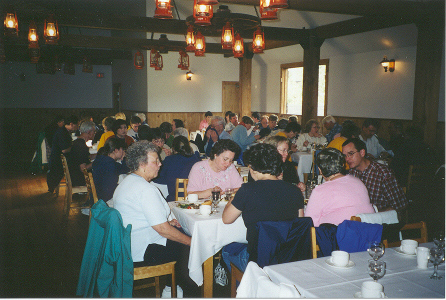 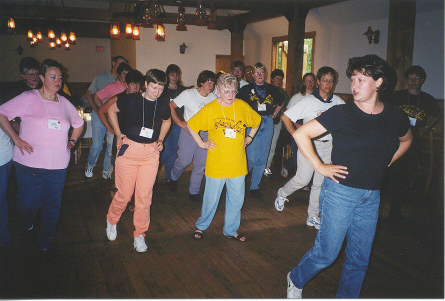 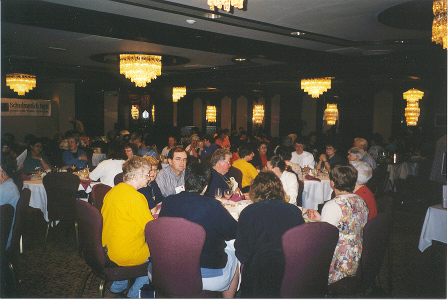